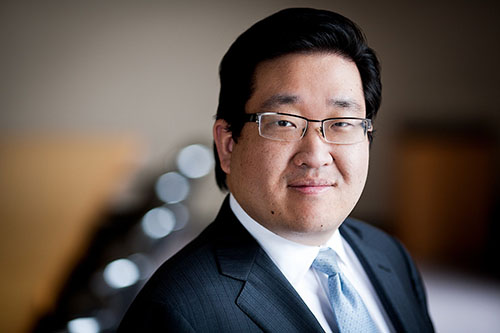 DongJu Song is a partner in the Corporate Department at Wachtell, Lipton, Rosen & Katz, which he joined in 2005.  His practice primarily focuses on mergers and acquisitions and corporate and securities laws matters, and has included domestic and cross-border mergers, carveout transactions, joint ventures, partnerships, IPOs and other securities offerings, private investments in public entities, and takeover defense. He has advised a broad range of public and private companies across several industries, including telecommunications, media, heavy and light manufacturing, chemicals, oil and gas, retail, private equity, hedge fund and financial institution clients.

Mr. Song received his B.S. in Computer Science, with a second major in Economics, from Yale College in 1998. He received his M.B.A. with honors from the Fuqua School of Business and his J.D. with high honors from Duke University School of Law, where he served as managing editor of the Duke Law Journal and was a member of the Order of the Coif in 2004. Following graduation from law school, he clerked for the Honorable Rosemary S. Pooler of the U.S. Court of Appeals for the Second Circuit.

Mr. Song is a member of the New York State and American Bar Associations.