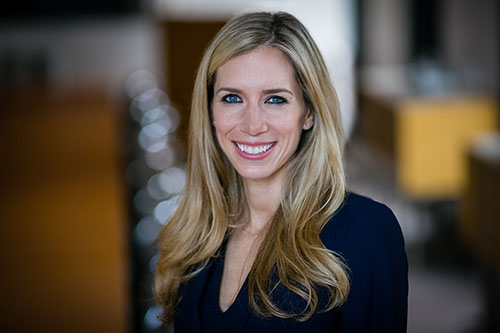 Katharine R. Haigh is an Associate in Wachtell, Lipton, Rosen & Katz’s Antitrust Group.  She specializes in complex U.S. and foreign merger control matters.  Katharine has worked with clients on extensive merger investigations in a wide range of industries, including technology, financial services, energy, consumer products, and industrials.  She regularly represents clients before the U.S. Federal Trade Commission and Department of Justice and has she managed substantive merger reviews approved by the European Commission, the UK Competition and Markets Authority, the Chinese State Administration for Market, the Japan Fair Trade Commission, and many others.

Katharine received a B.A. with starred first class honors from Cambridge University, from which she graduated with the highest grades in her class.  She completed an LL.B. at The College of Law of England and Wales and a LL.M. from Columbia Law School, where she was a Harlan Fiske Stone Scholar.  She also holds graduate degrees from Cambridge University, the University of California-Los Angeles, and King’s College London.

Katharine is admitted to practice in New York and England and Wales.  Her pro bono representations include work with Her Justice and Sanctuary for Families.