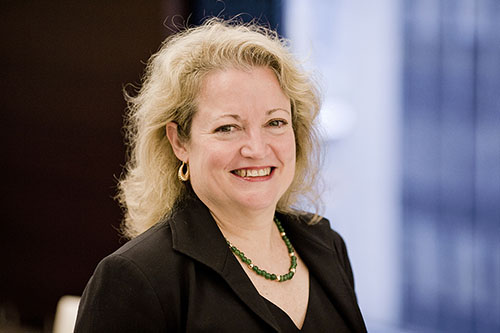 Pat A. Robinson is of counsel at Wachtell, Lipton, Rosen & Katz.  Prior to joining the firm in 2011, Ms. Robinson was an assistant general counsel in the legal division of the Board of Governors of the Federal Reserve System.  She managed the legal division’s evaluation of merger and acquisition applications subject to Federal Reserve Board review under the Bank Holding Company Act, Bank Merger Act, Change in Control Act or Federal Reserve Act, and other applications and interpretive issues under these statutes.  Before joining the Federal Reserve Board in 1993, Ms. Robinson was an associate at Sidley & Austin in the firm’s financial institutions regulatory practice in its Washington, D.C. office.  She has participated on a number of panels at seminars and conferences on bank regulatory issues and served as an instructor at the American Bar Association’s Banking Law II course.  Ms. Robinson is a member of the District of Columbia Bar and the American Bar Association.

Ms. Robinson received her J.D. from Georgetown University Law Center in 1987.  Prior to going to law school, she was a teacher in middle school and for homebound students and a meeting and convention manager.

**Admitted in the District of Columbia.