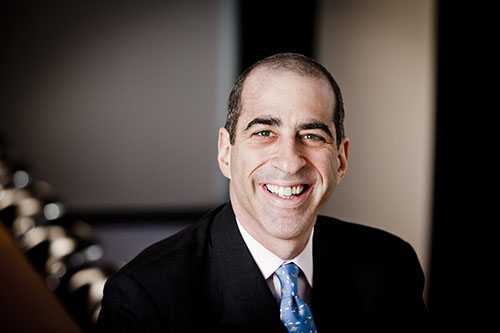 Adam Emmerich practices in Wachtell Lipton’s corporate department, focusing primarily on mergers and acquisitions, corporate governance and securities law matters. His practice has included a broad and varied representation of public and private corporations and other entities in a variety of industries throughout the United States and globally, in connection with mergers and acquisitions, divestitures, spin-offs, joint ventures and financing transactions. He also has extensive experience in takeover defense.

Adam was named a Dealmaker of the Year by The American Lawyer in 2019 for his work with T-Mobile USA and Deutsche Telekom in the $146 billion all-stock combination of T-Mobile and Sprint. Adam also led the Wachtell Lipton teams for Covidien plc in its $49.9 billion acquisition by Medtronic and Tim Hortons in its $12.2 billion combination with Burger King Worldwide, which were named by The American Lawyer as 2015 Global M&A Deal of the Year: Ireland and Global M&A Deal of the Year: Canada.

Adam is recognized as one of the 500 leading lawyers in America by Lawdragon, one of the world’s leading lawyers in both Mergers and Acquisitions and REITs by Chambers and Partners, and an expert in each of M&A, Corporate Governance and M&A in the real estate field by Who’s Who Legal, which has named him among the WWL Thought Leaders: Global Elite 2021 and also as Lawyer of the Year in M&A for 2019.  Adam is also recognized as among the Best of the Best USA by Euromoney Institutional Investor’s Expert Guides including as an expert in M&A, in Corporate Governance, and in Banking, Finance and Transactional and a highly regarded leading lawyer by IFLR 1000.  Adam was named one of Hollywood’s Top 20 Dealmakers of 2017 by The Hollywood Reporter and has also been profiled together with Robin Panovka by Lawdragon for their work in our REIT and real estate M&A practice.

Among the other transactions in which Adam has taken a leading role are:

In the REIT and real estate M&A area, Adam has advised:

Among the other notable cross-border and non-U.S. deals in which Adam has taken a leading role are:

Among the recent financing and capital markets transactions in which Adam has advised are:

After serving as a law clerk to Judge Abner J. Mikva, of the United States Court of Appeals for the District of Columbia Circuit, Adam joined the firm in 1986 and was named partner in 1991. He attended Swarthmore College and The University of Chicago Law School, from which he received his J.D. with honors. While at the University of Chicago, Adam served as topics and comments editor of The University of Chicago Law Review, was elected to the Order of the Coif, and was the recipient of an Olin Fellowship in law and economics. He is a frequent author and speaker on topics relating to mergers and acquisitions and corporate governance, including at MIT’s Sloan Convocation and on India’s CNBC-TV18.

Adam is co-chair of the International Institute for the Study of Cross-Border M&A (XBMA), co-chair of the advisory board of New York University’s NYU SPS Schack Institute of Real Estate REIT Center, and a member of the American Law Institute. He has served as co-chair of the NYU Real Estate Institute’s Annual Symposium on REITs since its inception. He is a member of the Corporate Academic Bridge Group of the NYU Pollack Center for Law & Business, and a frequent contributor to the Harvard Law School Forum on Corporate Governance and Financial Regulation. Adam serves on the board of the American Friends of Rambam Medical Center (of which he was president for more than a decade) and the American Friends of the Israel Museum, and as president of the Friends of the Israel Antiquities Authority. He was previously a member of the board of the Lawyers Alliance for New York, the Visiting Committee of The University of Chicago Law School, The Ramaz School and co-chair of the Young Lawyers Division of the UJA-Federation in New York.

Adam lives with his wife in Manhattan, where they raised their two daughters and son.