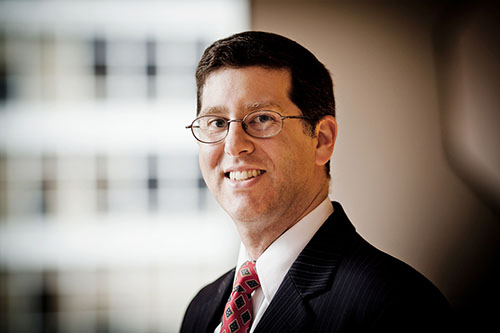 David A. Schwartz is of counsel at Wachtell, Lipton, Rosen & Katz. His practice focuses on competition law, particularly as it applies to mergers and acquisitions.  Mr. Schwartz has represented clients before the Federal Trade Commission, the U.S. Department of Justice, the European Commission, the Canadian Competition Bureau, as well as other antitrust regulatory agencies.  He has worked on transactions involving a wide variety of industries, most recently representing companies in the retail, aerospace, stock exchange, paper, pharmaceutical, and petroleum businesses.  Mr. Schwartz has co-authored several articles on competition law topics and regularly speaks about competition law.

Mr. Schwartz is active in the American Bar Association’s Section of International Law.  He currently serves as a senior advisor to the Section’s International Antitrust Law Committee, a committee he chaired from 2010-2013.  He recently served as an editor of the Section’s 2013 publication “The Essentials of Merger Review.”

In 2005, Mr. Schwartz was elected as a fellow of the American Bar Association’s American Bar Foundation, whose membership is limited to one-third of one percent of lawyers licensed to practice in each jurisdiction; and in a 2008 Global Competition Review survey, Mr. Schwartz was voted one of the top 40 competition partners worldwide under the age of 40.  In 2014, Super Lawyers Magazine identified Mr. Schwartz as one of its Super Lawyers for antitrust in the New York area.

Mr. Schwartz received his bachelor’s degree in both mathematics and economics from The Johns Hopkins University in 1991, where he was a member of Phi Beta Kappa, a J.D. from the Yale Law School in 1995 (Olin Scholar of Law and Economics), and master’s and M.Phil. degrees in economics from Yale University in 1995 and 1996, respectively.