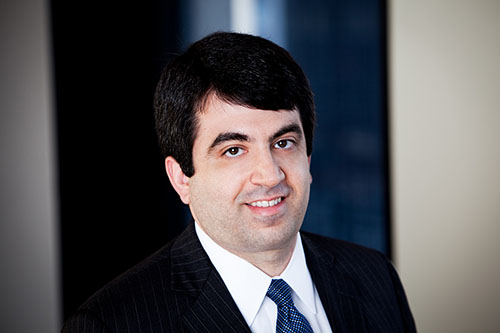 Graham W. Meli is a Partner in Wachtell, Lipton, Rosen & Katz’s Litigation Department. His practice has spanned a range of commercial and corporate litigation, including shareholder derivative and class actions, litigation concerning mergers and acquisitions, mortgage litigation, and bankruptcy-related matters. Mr. Meli has experience representing clients at both the trial and appellate levels, as well as in negotiation of complex settlements.

Recently, Mr. Meli has represented Bank of America in a number of mortgage-related matters, including a borrower class action, litigation with monoline insurers, and the Bank’s significant settlements with FHFA, Fannie Mae, Freddie Mac, AIG, FGIC, and others.

Since joining Wachtell Lipton in 2005, Mr. Meli has worked on several of the firm’s other high-profile matters. He has represented JPMorgan in multi-billion-dollar litigation brought by the Lehman Brothers bankruptcy estate, Silverstein Properties in an insurance appraisal proceeding relating to the destruction of the World Trade Center in the September 11 attacks, the directors of Caremark in litigation relating to the company’s merger with CVS and the competing hostile bid by Express Scripts, the directors of Mattel in derivative litigation arising out of the company’s lead-paint toy recalls, and a Swiss bank in a variety of matters arising out of the Madoff fraud.

Mr. Meli was also a member of the pro bono team that successfully represented New York State’s Chief Judge and Unified Court System in a constitutional challenge to the State’s extended failure to adjust judicial salaries.