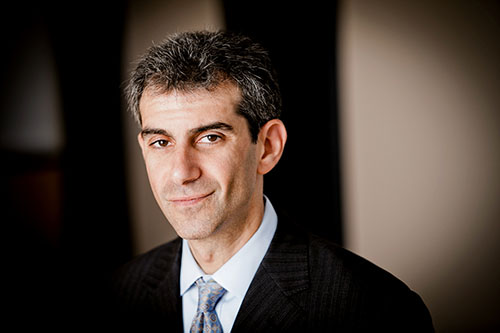 Jeffrey M. Wintner has been a member of the Litigation Department of Wachtell, Lipton, Rosen & Katz since 1992 and partner since 1997. His practice focuses on constitutional law, products liability, mass tort, insurance, class action and appellate litigation, and in negotiating complex settlements.

Mr. Wintner is one of the principal negotiators of the Master Settlement Agreement among the leading members of the tobacco industry and the states. He has also been involved in numerous cases in the U.S. Supreme Court and multiple federal and state appellate courts, as well as numerous mediations and arbitrations. He is a member of the U.S. Chamber of Commerce’s Constitutional Law and Federal Courts Advisory Committee.

Mr. Wintner has served for over a decade as the lead counsel for the nation’s largest tobacco company in disputes and negotiations with the States, including in a multi-year case seeking recoupment of billions of dollars of settlement payments from the States for failing to enforce provisions of the settlement against certain competitors in the tobacco industry. The case involved appeals in dozens of state courts and an arbitration including 15 mini-trials. Mr. Wintner led the industry-wide effort to settle the case, which led to a settlement with 27 of the States under which those States agreed to pay over $3 billion and to redefined enforcement obligations going forward. The arbitration against the other States resulted in decisions in the company’s favor under which it is to receive the entire amount of its claim remaining after the settlement.

Mr. Wintner also serves as lead counsel for a major chemical company in multiple mass tort cases and investigations brought by a State and private plaintiffs, including resolution of a 3,500-case MDL proceeding and related dispute with the client’s former parent company regarding responsibility for payment.