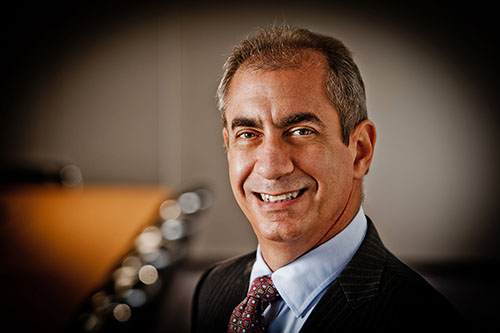 Michael J. Segal is formerly the senior partner and currently of counsel in the Executive Compensation and Benefits Department of Wachtell, Lipton, Rosen & Katz.  He counsels clients with respect to their compensation and benefit programs, particularly in connection with corporate mergers and acquisitions, joint ventures and other private and public business combinations.

He has taken a leading role in the compensation and benefits aspects of some of the most significant and high-profile transactions of the past several years, including the $130 billion acquisition by Verizon of the 45% interest in Verizon Wireless owned by Vodafone, the $68 billion acquisition of Wyeth by Pfizer, the acquisitions by Charter Communications of Time Warner Cable for $55 billion and Brighthouse Networks for $10 billion, the $38 billion purchase of El Paso Corporation by Kinder Morgan, the  $25 billion acquisition of Dell, Inc. by Michael Dell and Silverlake Partners, the $11 billion merger of Burger King and Tim Hortons, Walgreen’s $22 billion acquisition of Alliance Boots, the abandoned $39 billion combination of T-Mobile and AT&T and the combination of T-Mobile and MetroPCS at a $30 billion enterprise valuation, the $5 billion sale of Sunoco to Energy Transfer Partners, the merger of Delta and Northwest Airlines, the creation of Morgan Stanley Smith Barney, and CenturyLink’s acquisitions of Qwest ($22.4 billion), Embarq ($11.6 billion) and Savvis ($2.5 billion).  He also represents employers (particularly Board Compensation Committees) and executives in entering and exiting CEO and other senior-level employment relationships.

Mr. Segal has been recognized as one of the leading lawyers in the field, garnering the highest numerical rating and “Senior Statesman” status from Chambers USA Guide to America’s Leading Lawyers for Business, and being included in New York Super Lawyers, the Legal Media Group Guide to the World’s Leading Labour and Employment Lawyers, Legal 500 and similar publications.  He has lectured at the Columbia, Penn, California (Berkeley), Ohio State and Hofstra law schools, and frequently speaks at American Bar Association, Practising Law Institute and other conferences, including the 2009 Harvard Business School Executive Compensation Conference and 2011 Corporate Board Member conference on Compensation Strategies to Build Shareholder Value.