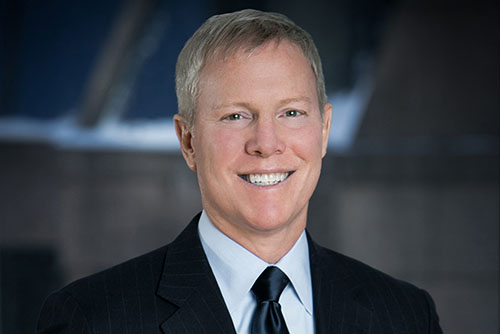 Marc Wolinsky has been a member of the Litigation Department at Wachtell, Lipton, Rosen & Katz since 1987.  His practice includes corporate governance, contracts, antitrust, insurance and securities litigation.

Marc has been involved in a number of the most significant litigation battles in the Delaware Court of Chancery, leading the successful defense of Airgas’ “poison pill,” the successful effort to force Dow Chemical to close on its acquisition of Rohm and Haas, defending multi-forum shareholder litigation challenging JPMorgan’s acquisition of Bear Stearns, and litigating several high profile “material adverse change” cases.  Marc also has successfully litigated numerous high stakes disputes in domestic and international arbitrations, state and federal courts and bankruptcy courts, as well as numerous derivative suits and securities class actions.

Following 9/11, Marc was a lead member of the team representing Larry Silverstein in insurance litigation arising out of the destruction of the World Trade Center and was a member of the trial team that convinced a New York jury that the attacks on the World Trade Center should be treated as two “occurrences” for insurance purposes.  He then led the effort to settle the case, which resulted in what was reported to be the largest property insurance settlement in history.  His antitrust matters include the representation of United Healthcare and General Mills in connection with FTC investigations of proposed acquisitions and the defense of Cardinal Health in the FTC challenge to its acquisition of Bergen Brunswig.

Marc is dedicated to helping pro bono clients and has had numerous success stories for his clients over the years. In his most recent pro bono case, Marc represented George Bell, who, along with two other men, was wrongfully convicted of a double homicide that he did not commit.  Marc continues to handle Mr. Bell’s claim against New York State to obtain compensation for the 24 years during which he was imprisoned as an innocent man.  As part of his pro bono work, Marc also represented Joseph Steffan in his challenge to the ban on the service of gay men and women in the military, arguing the case to the D.C. Circuit sitting en banc. He successfully reversed the manslaughter conviction of Anthony Oddone in the New York Court of Appeals and submitted an amicus brief on behalf of the Innocence Project as part of the successful exoneration of a Louisiana death row inmate. Marc was the recipient of the 2017 Servant of Justice Award from the Legal Aid Society of New York.

Marc joined Wachtell Lipton after clerking for the Honorable Henry J. Friendly of the United States Court of Appeals for the Second Circuit from 1980 – 1981.  He received his B.A. with high honors from Swarthmore College in 1977 and his J.D. with honors from the University of Chicago Law School. While in law school, he was a member of The University of Chicago Law Review and served as a Comment and Articles Editor.