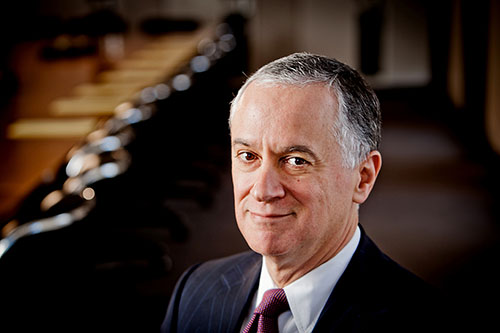 Paul Vizcarrondo a former partner, is of counsel in the Litigation Department of Wachtell, Lipton, Rosen & Katz, focusing on corporate and securities litigation and regulatory and white-collar criminal matters. He has tried significant cases in courts throughout the United States. He joined the firm in 1979, after having worked as a law clerk to the Honorable Edward Weinfeld, U.S. District Judge for the Southern District of New York (1973-1974), and as having worked as an assistant U.S. attorney in the Southern District of New York (1974-1978). He was awarded the Department of Justice’s Special Achievement Award for his work in the Securities and Commodities Fraud Unit of the U.S. Attorneys’ Office.

Mr. Vizcarrondo has taught trial practice as an adjunct assistant professor of law at New York University School of Law and as a faculty member at the National Institute for Trial Advocacy. Since 1985, he has lectured on the federal securities laws for the Practising Law Institute. He also has spoken on litigation issues as a member of numerous continuing legal education panels. Mr. Vizcarrondo wrote the chapter on “RICO” in Obermaier & Morvillo’s White Collar Crime: Business and Regulatory Offenses. He has served on several committees of the Association of the Bar of the City of New York, including the Criminal Law and Federal Courts Committees; is currently a member of the Securities Litigation Committee and has been a master of the Federal Bar Council’s Inn of Court.  Mr. Vizcarrondo is recognized by Chambers USA Guide to America’s Leading Lawyers in Business, Best Lawyers in America, Lawdragon‘s 500 Leading Lawyers in America and Benchmark: Litigation as one of the top litigation lawyers in the country.