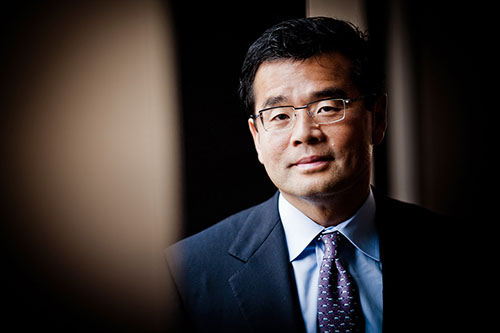 Richard K. Kim is a partner at Wachtell, Lipton, Rosen & Katz, where he specializes in representing financial institutions in a broad range of regulatory matters, including in connection with mergers and acquisitions, enforcement actions, compliance and related matters. Previously, he was an attorney with the Board of Governors of the Federal Reserve System, where he worked on a wide range of bank supervisory matters. He was also Assistant General Counsel with NationsBank Corporation.

Richard has been recognized as a Law360 MVP, one of the 500 leading lawyers in America by Lawdragon and as a leading lawyer in Who’s Who Legal and the Chambers guide.

Richard is a graduate of Stanford University and Columbia Law School. He is a member of the Association of the Bar of the City of New York and the American Bar Association, where he previously served as Chair of the Mergers and Acquisitions Subcommittee of the Banking Law Committee. He is also Co-President of the Asian American Legal Defense & Education Fund, a member of the the City Year New York Advisory Board, and a former trustee of the Rye Country Day School and The Stanwich School.