In Memory Of Bernard W. Nussbaum 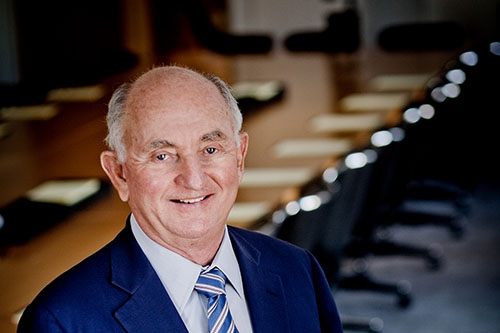 Wachtell, Lipton, Rosen & Katz mourns the loss of our long-time colleague and partner Bernard W. Nussbaum.  Bernie will be missed by all of us, but the imprint he left on the firm and on the legal profession will be with us forever.

Bernie joined Wachtell, Lipton, Rosen & Katz in 1966, shortly after its founding and helped build the firm into what it is today.  A strong believer in professionalism and good relations among lawyers, no matter what side of the “v” they were on, Bernie inspired us to serve our clients and stand by our principles as lawyers and good citizens.  He was a devoted public servant.  He served as White House counsel during the Clinton Administration, senior member of the staff of the House Judiciary Committee when it conducted the Watergate Impeachment Inquiry, assistant United States Attorney in the Southern District of New York, and a member of the independent review board of the Brooklyn District Attorney’s office.

As a senior partner of Wachtell, Lipton, Rosen & Katz, Bernie was a leader of our Firm’s litigation practice for many years and handled some of our most important litigation matters including the dispute over insurance coverage for the rebuilding of the World Trade Center following 9/11. Among his many important corporate matters, he represented IBP in its groundbreaking action obtaining specific performance of its merger with Tyson, and Hilton in a successful suit against ITT.  Bernie also was a go-to lawyer for other law firms, representing most notably Kaye Scholer in resolving an action by the federal government that threatened to close that firm.  He also represented New York state’s judiciary in historic and successful litigation over the state’s failure to increase the pay of its judges since 1999.

Bernie went to New York City public schools including graduating from Stuyvesant High School.  The first in his family to go to college, he received a scholarship to Columbia College, graduating in 1958, where he was a member of Phi Beta Kappa. In 1961 he graduated from Harvard Law School, where he was a member of the Law Review.  In addition to his high profile public services roles, Bernie also served on a number of philanthropic boards including Mount Sinai Hospital, Brandeis University and the Jewish Theological Seminary.  He was a leading member of various bar organization, including serving as president of the Federal Bar Council.

Bernie was a true friend and mentor to so many of us and we all benefitted from his wisdom, judgment and irrepressibly upbeat outlook.  The entire Wachtell, Lipton, Rosen & Katz family sends its deepest condolences to Bernie’s family including his children, Emily, Frank and Peter, his step-son, William Kuhn, and his brother Martin Nussbaum.  Bernie was pre-deceased by his brother Albert Nussbaum, and his wives Toby Sheinfeld Nussbaum and Nancy Kuhn.  We share your loss and will miss him tremendously.

Bernard W. Nussbaum was of counsel at Wachtell, Lipton, Rosen & Katz which he joined in 1966, one year after the firm was formed.  In that capacity, he focused on corporate and securities litigation. Mr. Nussbaum was active in both the public and private sectors throughout his legal career. In 1993 and 1994, during the Clinton Administration, he was counsel to the president of the United States. In 1974, he was a senior member of the staff of the House Judiciary Committee, which conducted the 1974 Watergate Impeachment Inquiry.  His first position in the public sector was as an assistant United States attorney for the Southern District of New York, an office he joined after completing law school.

Mr. Nussbaum graduated from Columbia College in 1958, where he was a member of Phi Beta Kappa. In 1961 he graduated from Harvard Law School. In 1993 he was awarded an honorary LL.D. from The George Washington University National Law Center. While at Harvard Law School, he served as notes editor of The Harvard Law Review, and, upon graduation, was awarded a Harvard University Sheldon Traveling Fellowship. Mr. Nussbaum also served on a number of philanthropic boards and was a lecturer at Columbia University Law School.