In Memory Of William T. Allen 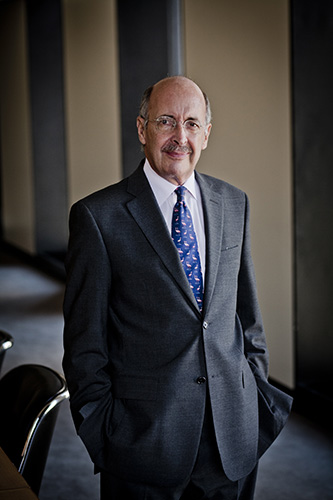 Wachtell, Lipton, Rosen & Katz mourns the passing of our colleague William T. Allen. Bill Allen had a distinguished career as a judge, legal scholar and attorney. After graduating from the University of Texas Law School in 1972, he practiced with the Wilmington, Delaware law firm of Morris, Nichols, Arsht & Tunnell. He was appointed Chancellor of the Delaware Court of Chancery, the nation’s leading trial court specializing in corporation law, in 1985, and served in that position for 12 years. During that time, he wrote many influential judicial decisions, including opinions which set new standards for director responsibility for oversight of corporate conduct, and which shaped the law governing the conduct of mergers, hostile takeovers and proxy contests. He will be remembered as one of the most creative and intellectually commanding jurists in the field of corporate law, writing decisions that adapted Delaware law to the changing landscape of the American corporate world. He was notably innovative in applying the insights and analytical framework of economic theory to business law. After he left the bench in 1997, he continued to bridge the legal, economic and business worlds while teaching at NYU Law School for 21 years, where he was the Nusbaum Professor of Corporate Law; founder of the NYU Center for Law and Business; and Director of the NYU Pollack Center for Law & Business. His scholarship was reflected in his co-authorship of a leading treatise on corporation law, entitled Commentaries and Cases on the Law of Business Organization. We were proud to have him join our firm in 1997, where he was a valued colleague for more than two decades. As counsel at Wachtell Lipton, his analytical powers, and his experienced judgment were respected by all. And beyond his undoubted intellectual power, Bill was a great friend and mentor to many of us at the firm. He was devoted to his family, and his warmth and humanity touched us all deeply. We give our deepest condolences to his loving wife Annie, his sons and his entire family.

William T. Allen was of counsel in the Corporate Department at Wachtell, Lipton, Rosen & Katz. In that capacity, he consulted on matters of corporation law and corporate governance with members of the firm and its clients. Since 1997, William Allen served as the Jack H. Nusbaum Professor of Law & Business at New York University where he was also the founding director of the NYU Pollack Center for Law & Business, a center designed to serve as an academic bridge between the NYU School of Law and the NYU Stern School of Business.

From 1985 to 1997, Judge Allen was the chancellor of the Delaware Court of Chancery. As chancellor, he wrote hundreds of corporate law judicial opinions. Notable among these were the Caremark case, which addressed the duty of corporate directors to monitor corporate legal compliance; the Time-Warner case that addressed the board’s ability to resist a hostile offer while it was seeking to effectuate its own business plan; and the Blasius case, which announced a heightened standard of judicial review when director action sought to interfere with a shareholder vote.

While a judge, William Allen taught corporation law and corporate governance as a visiting professor at Stanford Law School and the University of Pennsylvania Law School. In 1996, he served as Rabin lecturer at Yale Law School.

Judge Allen wrote, consulted and lectured on corporate law, mergers and acquisitions and corporate governance. His writings on corporate law and governance are numerous, including the widely adopted student text, “Commentaries and Cases on the Law of Business Organization," co-authored with Harvard Law School professors Reinier Kraakman and Guhan Subramanian (5th ed. 2016, Wolters Kluwer Law & Business Publishing). Judge Allen received his B.S. from New York University, his J.D. from the University of Texas and a honorary doctorate degree LL.D. from Dickinson Law School. He was a member of the American Law Institute and a member of the American Academy of Arts & Sciences, among other professional organizations.